Why government is a crucial catalyst for smart cities to succeed

A significant area of the Internet of Things where we will definitely see expansion next year is smart cities, with more and more countries across the world preparing for a tech-driven future. From Pittsburgh to Singapore, Helsinki to Hong Kong, cities are making smart additions to civilian life, looking to improve on our journeys to work, our life in the home and deepen our relationship with our urban environment. 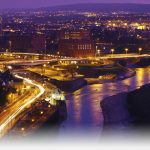 Bristol embraced the IoT to succeed as a Smart City

You can’t overstate how instrumental to the success of a smart city government buy-in can be. But, it’s as important to recognise that there can be several different levels of involvement from government in smart city initiatives, ranging from carte blanche to experiment with open data sets to day-to-day oversight from city hall of all things IoT in your city. What is true is that your government remains a crucial catalyst for smart cities to not only progress but succeed. No doubt buoyed by successful examples of the last three years (Bristol, Tel Aviv, Amsterdam to name a few), authorities the world over are facilitating the spread of the smart city movement.

And, it doesn’t have to be all or nothing: smart city initiatives in 2017 and beyond are often defined and restricted by their city’s strengths and weaknesses. So, if you want to test the water with a smart lighting system only in the central travel zone of your city for example, then approach your council about this single use case. With the Internet of Things and smart cities especially, it pays to experiment; failure to embed a city-wide system of networked driverless taxis doesn’t mean failure to be a smart city. According to Cheong Koon Hean’s recent TED talk on the subject, by 2025 there will be 88 active smart cities around the world. Here’s a few current and future projects:

In Pittsburgh, the government is taking a hands-off approach to experimenting and rollout, allowing the prestigious Carnegie Mellon University to conduct and implement much of the data and tech research. An agreement between CMU and the Mayor of Pittsburgh, William Peduto, has led to a rate of productivity that could only be achieved by a shared goal and a mutual respect for forward-thinking. Smart traffic lights and autonomous vehicles are there already. 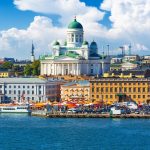 “Powered by the Helsinki-Uusimaa regional council, biofuels, driverless buses, open data, clean energy and flat-structured research collaborations are some of the elements that make Helsinki one of the most advanced capitals on the planet.”

In Singapore the government is making two plays to be a smart city pioneer, Smart Nation and Virtual Singapore – both focused on transport data. You can see why. Singapore has the third highest population density in the world. Efficiency of movement is critical to a country that is an economic powerhouse despite its miniscule size.

In Helsinki, the whole city has embraced smart living. Powered by the Helsinki-Uusimaa regional council, biofuels, driverless buses, open data, clean energy and flat-structured research collaborations are some of the elements that make Helsinki one of the most advanced capitals on the planet. The backbone of its success? The snappily titled Public-Private-People Partnership.

In Hong Kong, Kowloon East has become the test bed for many of the city’s proposed smart initiatives, from water analysis to smart rubbish bins, and with buy-in from universities, government officials and the backing of EKEO (Energising Kowloon East Office), the area is set up for regular forums, research days and public awareness raising of upcoming smart city projects.

For urban population centres to become smart cities is less and less a luxury and more a global imperative as time passes. As governments the world over face irreversible city transformation due to changes in climate, population (ageing as well as growth) and unpredictable workforce patterns, the benefits that smart cities can bring will start to look more than just ‘appealing’.

But is it as simple as approaching your city planners with a proposal? A couple of steps that everyone can take: If your government doesn’t have one already, suggest establishing a smart cities tsar or champion. At the least, find out who the technology advocates are, even if they’re not in town planning. Smart city ideas cross over several different departments and advocates on the inside are important. Next, offer a public consultation but do it early and focus on outcomes – most cities have transport issues and there is usually a good place to start. You may find resistance; city infrastructure is so important that many departments within government will have a vested and justified interest, further complicating the path to implementation.

For IoT CEOs, the different ways government can be involved are designed to encourage and not complicate. Going it alone has its advantages, such as less bureaucracy and quicker movement from beta to full rollout. But having that city influence on each step of the journey can work for some IoT businesses too like having the government as trusted partner, and the possibility of quicker scalability of business, not just of smart city ideas.

Government remains the catalyst for success, not just through necessity of involvement, but because of experience. Often, nobody knows a city better than the people who run it. Convince your city officials to be part of the change.