IoT is still in its early stages but has already taken over different industries and growing gradually. A summary published by McKinsey Global Institute (MGI) describes the potential of IoT not only in developed countries but also in developing ones. Their analysis reports IoT will have an economic impact in different industries and areas, worth around $11.1 trillion per year until 2025. 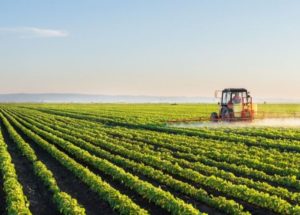 Out of all these various industries in this article, the focus is more on Agriculture, Healthcare, and Manufacturing industries. Modernisation and digitisation has affected all these industries in its own way. Modernisation plays a big role in agricultural field, because without machinery and technology it is a very tedious and difficult job. As compared to early 1900 a farmer has become more efficient with respect to his work and more predictable in terms of weather. In healthcare system high-tech gadgets were already in use and improving the quality of diagnosis with time. In the Manufacturing industry where automation and machinery plays a huge role, it still has some areas where the manufacturing process can be improved immensely. All these areas have some factors, which can be optimised with the help of IoT. For instance monitoring can be seen as one of the factors which is generally applied to all the three industries; for example monitoring of crops, monitoring of supply chain and monitoring of patients and their health. Monitoring with IoT can be seen as a medium that bridges the gap of between its application and technology. As ongoing research by big institutes and universities shows us application of IoT and how IoT can play a big role in resolving issues involved in the industries.

Spontaneous changes in climate has damaged natural vegetation all around the world (including farming land), and species depending on it is affected tremendously. Also, increase in the population appeals for production of great amount food in coming years. There are more severe problems faced in agricultural lands all over the world is decrease in the number of human labour and area covering the farms. To overcome these problems IoT is an alternative to opt for. IoT helps in different areas of farming like irrigation, crop growth, fertilisation, and livestock monitoring.

Some of the following IoT applications are listed below:

A UN report has highlighted that the number of elder people will increase by nearly 2.1 billion by 2050. This indicates an alarming number for the healthcare systems in not only developing countries but also in developed countries. All over the world, people are becoming more health conscious which in turns demands technology, which is pre-emptive and informs us about issues considering our health. Existing healthcare system can be upgraded with the IoT and can be utilised in many different ways.

Researchers have come with models and architecture that includes the power of IoT in the current medical technologies. Internet powered things has already proven that how eminent part they can play in a person’s life if they are informed about some unusual behaviour of the important organs beforehand.

Different applications of IoT in medical world are as follows:

It would not be incorrect to say that IoT has already been introduced in the manufacturing sector by Industry 4.0. The idea behind this industrial revolution is to bring internet to the computers responsible for controlling the manufacturing process. By introducing smart sensors and smart devices in traditional manufacturing assembly line can improve productivity immeasurably. In Africa, a gold mine gathered sensors information and based on it, they realised about some unexpected results in their decisive process. After rectifying this issue, they were able to increase their yield by 3.7 per cent, which was around $20 million annually.

In manufacturing plants, there are following points where IoT can prove to be immensely beneficial:

To boost the different sectors of the industries, many stakeholders have already started investing and implementing these ideas. The infrastructure required for realising IoT in agriculture, healthcare and Manufacturing is not only a concept but also a reality. Already many start-ups, government, and giant institutes have introduced products commercially and slowly making devices factories and cities smart. The implementation of certain IoT ideas have gaps which needs to be fulfilled, but they are just waiting to be discovered.