The Opportunities and Challenges of IoT

The Internet of Things (IoT) digitises physical objects, devices, machines, sensors, gateways and the network. IoT connects people to things and things to things in real-time. A usual IoT network can grow quickly, resulting in an exponential increase in the variety, velocity and the overall volume of data. This data opens opportunities for significant value creation and revenue generation. However, the challenge for the IoT environments is how to analyse the enormous volume of information from all sources and take action in real-time. 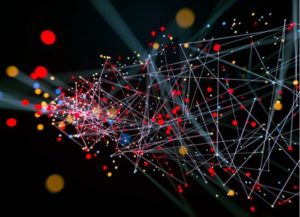 Market researcher Statista predicts that the global IoT market will be valued at over $1.7 trillion, with the number of connected devices predicted to reach 20.35 billion in 2019, whereas the installed base of the IoT devices will grow to nearly 31 billion across the world by 2020.

According to IDC’s Senior Vice President of Research Vernon Turner, “The Internet of Things will give IT managers a lot to think about. Enterprises will have to address every IT discipline to effectively balance the deluge of data from devices that are connected to the corporate network. In addition, IoT will drive tough organisational structure changes in companies to allow innovation to be transparent to everyone, while creating new competitive business models and products.”

The global IoT network connecting people, data, and machines is drastically changing the modern business scenario. Today, majority of enterprises have adopted IoT due to its huge potential to reduce costs and faster proliferation into marketplaces, which is opening new windows of opportunity for everyday business processes. IoT is a key enabler and enhancer for many disruptive technologies that are likely to influence the global economy. For example, the IoT offers essential hardware and infrastructure for converting unstructured data like images, videos, and sounds for machine and deep learning; a combination of IoT, AI, and big data allows companies to efficiently scale their compute power and storage as more data is collected and analysed in cloud computing. And in robotics and automation, IoT offers opportunities to improve robotic vision, along with the automation of specific tasks, as connected robots can communicate with each other and flexibly adjust processes despite unexpected disruptions.

A study of over hundred IoT executives has found that a majority of them are facing challenges when it comes to scalability, implementation, connectivity, and security of IoT deployments. When it comes to scaling of IoT device networks, about 46 per cent of the surveyed executives stated that they could manage up to 1,000 devices, whereas 28 per cent can only accommodate less than 100.

Forty-seven per cent of the executives revealed implementation of IoT solutions as a major issue, and an additional 12.24 per cent said that the lack of support for production-quality deployments is one of the major hurdles. Apart from implementation, many organisations are struggling with connectivity management. Almost half of the respondents said they were not sure if they could integrate connectivity management across any type of environment, and around 40 per cent are unsure if they can connect their IoT ecosystem to disparate networks.

Most companies are also facing issues with IoT security at some levels. Though 72 per cent of the executives said that their organisations have incorporated and embedded security into their design and product life cycle of their IoT devices, more than one-third of executives said that they are not staying current with security fixes and patches while 58 per cent have not trained IT staff on the latest IoT security updates.

IoT has played a key role in transforming human life with greater connectivity and functionality by means of ever-present networking to the Internet. As time passes by, IoT will become more personal and predictive and combine both the physical as well as the virtual domain to create a highly personalised and often predictive connected experience. In addition to its potential, IoT has yet to resolve three important issues like unified standards for devices, privacy, and security. Moreover, the expansion process of IoT would be slow if those standards are not available for connected devices. Failing to address security and data protection at every IoT joint would not only hinder IoT’s development, but could also face litigations and social resistance.

The IoT Tech Expo has events coming up in London, Amsterdam and North America throughout 2020.