WASHINGTON, D.C.—The Laura and John Arnold Foundation (LJAF) today announced the launch of its new Evidence-Based Policy and Innovation division. Headquartered in Washington, D.C., the new division will develop and support initiatives that encourage policy leaders to consider reliable evidence and data as the primary factor in their decisions. Kathy Stack and Jon Baron, two of the nation’s most prominent advocates for evidence-based policymaking, will lead the division. They will support efforts to ensure that government rigorously evaluates existing programs and designs new programs with the use of credible evidence. By prioritizing measurable results, government can allocate funds in an efficient and impactful way to produce meaningful improvements in people’s lives. 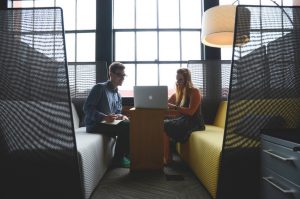 “Evidence-based policy can be a game changer for people and communities in need. When we know what works best and act on it, we achieve better results—increase reading levels, decrease homelessness, and help more working families join the middle class—while making smarter use of taxpayer dollars,” said David Wilkinson, Director of the White House Office of Social Innovation. “The Obama Administration has doubled down on efforts to advance the use of rigorous evidence to drive smart policy decisions and to scale what works. We are enthusiastic about the potential of this new LJAF office in Washington—and its distinguished leadership—to advance knowledge of what works and to give policymakers the tools they need to move the needle on our most pressing social challenges.”

“If we want to make government more effective, we need to build credible evidence about what works to improve people’s lives. I’m pleased to see growing interest in this important area both in government and in the philanthropic community,” Gov. Bruce Rauner (R-Illinois) said. “I look forward to following the work of LJAF’s new Evidence-Based Policy and Innovation division with great interest.”

The new LJAF division will focus on two closely related, key areas: evidence-based innovation and evidence-based policy. Ms. Stack, who will serve as Vice President of Evidence-Based Innovation, will bring policymakers, researchers, and data experts from the public and private sectors together to strengthen the infrastructure and processes needed to support evidence-based decision making. Efforts will expand access to data to answer important questions while protecting privacy. They will also promote the rigorous evaluation of public programs, new government and philanthropic funding models that emphasize the use of evidence, and strategic partnerships to accelerate progress. In her new role at LJAF, Ms. Stack will build on the work of her distinguished career at the White House Office of Management and Budget (OMB). She served under five presidents and was responsible for overseeing critical issues for a number of departments and major human services programs. While at OMB, Ms. Stack helped federal agencies design innovative funding mechanisms based on evidence and evaluation.

As Vice President of Evidence-Based Policy, Mr. Baron will also expand his groundbreaking efforts to increase public sector effectiveness through the use of credible scientific evidence about what works. He is the founder and former president of the Coalition for Evidence-Based Policy, a nonprofit, nonpartisan organization that has worked with policy officials since 2001 to advance important evidence-based reforms, many of which have been enacted into law and policy. With Mr. Baron’s transition to LJAF, the Coalition will wind down its operations, and key elements of its work will be integrated into the new division where Mr. Baron and his team will continue to grow the body of research-proven social programs and scale those shown to have the greatest impact. Initiatives will include strategic investments in rigorous evaluations, collaborations with policy officials to advance evidence-based reforms, and evidence reviews to identify promising and proven programs.

“People may disagree about the optimal size of government and the amount of money dedicated to public services; however, nearly everyone agrees that whatever funds are spent should be directed toward programs that have a significant impact,” LJAF President Denis Calabrese explained. “Kathy Stack and Jon Baron have played an essential role in promoting policies grounded in sound data and evidence. With their combined experience and the launch of this new division, LJAF’s goal is to improve the public policy decision-making process so that taxpayer funds consistently support highly effective programs that use data and evidence to continually improve.”

There is growing public interest in using evidence-based policymaking at the federal, state, and local levels to drive better results for taxpayer investments. To meet this demand, policy officials must implement concrete reforms to increase knowledge about what works and then use that evidence to help redirect resources toward more effective activities.

“Most government social programs allocate funding with little regard for rigorous evidence about which activities are most effective, and too often these programs do not produce the hoped-for improvements in people’s lives,” Jon Baron said. “LJAF seeks to advance a fundamentally different approach in which public and private entities use rigorous research to identify instances of true effectiveness, which are then scaled so as to move the needle on important social problems. What is exciting about LJAF is its major commitment of effort, expertise, and resources to support this approach across the full range of social spending.”

The creation of the Evidence-Based Policy and Innovation division represents an extension of LJAF’s core commitment to using research and evidence to address systemic problems that diminish opportunity and perpetuate injustice.

“The Laura and John Arnold Foundation is leading the way in creating the infrastructure and momentum to put evidence and evaluation at the forefront of public policy,” Ms. Stack explained. “By focusing on what works, it is bringing people together from across the ideological spectrum to support reforms that truly strengthen our communities and make a difference for individuals and families.”